Over 50 years of manufacturing...

Sash UK has recently celebrated over 50 years of manufacturing. Fitrite Fencing & Decking has grown from a department within Sash UK, to a company in its own right, within the Sash UK Group. Fitrite Fencing & Decking is now considered to be one of the largest alternative, low maintenance, plastic PVCu decking suppliers in the industry. Respected both nationally and internationally for designing and producing innovative, premium quality plastic PVCu and WPC products. Our core business is the creation and development of established market leading Fencing and Decking products. 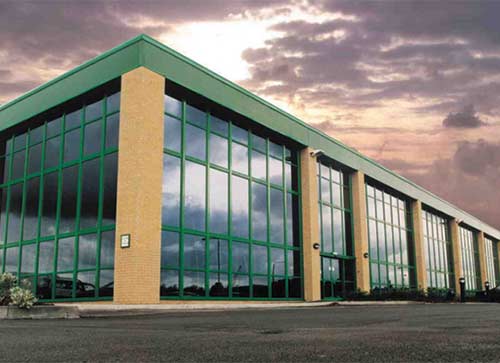 Fitrite Fencing & Decking is made right here in the UK, operating from cutting edge factory facilities that benefit from over 50 years of manufacturing expertise. The modern machinery and research into the very latest materials and techniques, ensures the delivery of a first-class product, that meets stringent Standards and Regulations.

This means that Fitrite products are more affordable to you and as equally friendly to the environment. 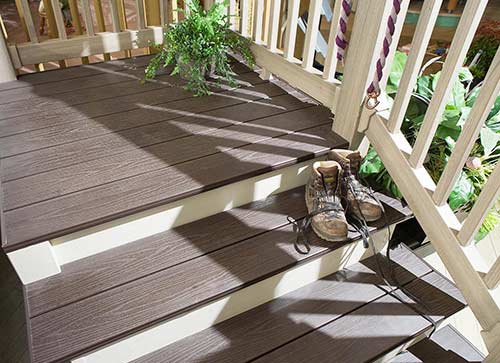 What this means for our customers - The slip resistant qualities of Fitrite mean that owners need not worry about using their deck during wet weather. Similarly, the slip resistance of Fitrite combined with its water resistant properties offers a perfect poolside surface, safe for children. Furthermore Fitrite is also ideal for constructing entrance ramps and steps to increase accessibility without compromising on safety or style.

What this means for our customers - The impressive durability of Fitrite means that it will look as good as new, even after very heavy commercial or even light industrial use. This remarkable wear resistance means that the wood-grain effect is not lost, nor is the low slip potential. Consequently children and animals will not damage the deck as it withstands the rough and tumble of every day living, as well as more special occasions such as garden parties and al fresco lunches.

For fire safety on building material and structures - This test measures the rate and extent of flame spread. Fitrite deckboard was subjected to the fire test, with the grain running both vertically and horizontally. The run of the grain did not affect the performance of the deckboard, and it was awarded with a Class 1 Fire Rating.

What this means for our customers - The Class 1 Fire Rating offers owners the assurance that it is highly unlikely that a Fitrite deck will ever set alight. Should this happen, the PVC-U will self-extinguish and will not fuel the fire in the same way that wooden decking and fencing would do. In other words, Homeowners can barbeque in confidence and commercial users can be sure that their customers are in safe hands on a Fitrite deck.

For loads against balustrades - For domestic and commercial applications, barriers or balustrades should be installed where there is a difference in ground level greater than 600mm and 380mm respectively. BS 6399-1 tests the suitability of balustrades to prevent people from falling from areas subject to overcrowding e.g. a Fitrite deck. Extreme pressure was exerted at various points on the balustrade, and the sample passed the BS 6399-1 test.

What this means for our customers - Quite simply, Fitrite balustrades will protect people from falling from the deck. Users can lean on the balustrades without the risk of them breaking or collapsing, and this accreditation will certainly appeal to domestic or park home users who want to keep their children safe when they play outdoors.

For loads on Free Standing Deck Structure - The Static Load Test measured how much static weight a Fitrite deck could withstand until it collapsed. The deck comfortably held six tonnes, and only collapsed when half of the load was dynamically dropped four times.

What this means for our customers - This will be music to the ears of commercial customers who will hope for as many people using their Fitrite installation as possible. Similarly domestic and park home users can safely use heavy garden furniture on the deck to entertain as many friends as they can gather; let there be no limit to the tables, chairs, patio heaters and barbeques available for your gathering. 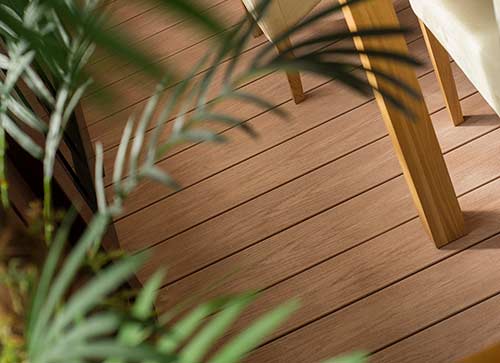 Impact on the environment...

Fitrite Fencing & Decking is as much about improving your outdoor environment as it is about minimising the impact we have on it. This happens from the moment the products are made, throughout their life-span, right through to their disposal. Fitrite products are designed and manufactured with the environment in mind. Energy-efficient products are approved by various organisations. The profiles that Fitrite use, contain recycled products and are also fully recyclable. Fitrite even recycle at their own facilities, using energy-efficient technology, whilst still retaining the highest standards in quality.

Our friendly team will be pleased to help with any questions you may have.

I would just like to thank all of you for such a professional service you have given us extremely efficient...

Please pass on our thanks to the re-fit team you sent, they did a great job with minimal fuss and...

We at Bridge House Marina & Caravan Park have always preferred the traditional timber decking for our park due to...

It is absolutely Stunning we love it, We have had a lot of people asking what company has done it

I would like to take this opportunity to say a big thank you to all at Lakeland Verandahs. From the...

We were introduced to Lakeland Verandahs by Lakeland Leisure following the purchase of our lodge last year and would highly...

Get directions to our showrooms

Get a quote now! Request a brochure Online Virtual Quotation
Get a Quote Now!